Elmira
Prohibition Officers raided a still on a ranch east and to the rear of the Holdener home ranch. A pile of mash was set on fire and burned for several days. Winds came up and blew sparks into the dry grass, starting a fire. Fire burned across Silvey Ranch to the Bolen Road. At this fire, men talked of the need for a fire truck. Soon afterward, Lee Billings and Harv Hawkins circulated a petition to form of a fire district, which was put on the fall ballot of 1928. The forming of the Elmira Fire Protection District was carried by a large majority vote on August 30, 1928. The first Commissioners from 1929 until 1938 were W.J. Edwards, Ralph Clark, and Harry Frost.

Vacaville
On March 29, 1946, residents of the proposed Vacaville Fire Protection District were given an opportunity to express their opinions by casting their vote for or against the formation of the proposed district. On April 5, 1946, the fire district was passed by a vote of 89 to 0. Howard Burton was appointed Chairman of the Board of Directors with Howard Rogers Jr., Melbourne McCrory, Roy Hoskins, and John McKnight Brazelton as members of the Board. With the formation of the fire district, the Board and City of Vacaville mutually agreed to jointly use manpower and equipment. In 1981, because of the growth of the two entities, it was necessary to split the departments. At that time the district hired its first full-time employee, an Assistant Chief, who was promoted to the position of Fire Chief upon separation from the City of Vacaville. With the growth continuing there was a need to construct a District Fire Station, which was approved by the Board of Commissioners on November 10, 1982, constructed with volunteer help, and occupied on January 20, 1985.

Vacaville/Elmira
On August 9, 1984, the Elmira Board approached the Vacaville Board with the proposal to consolidate the districts to better serve the residents of both districts. After many months of discussion, the two districts agreed on the consolidation and it became a reality on May 26, 1986 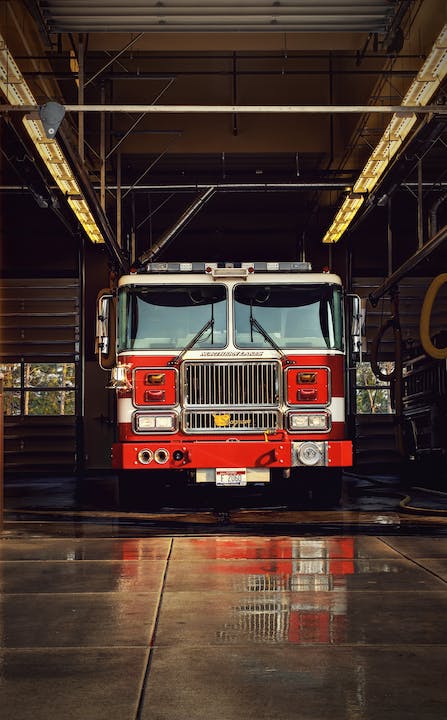 The district is comprised of four stations and covers 135 square miles. Office hours are Mondays through Fridays from 9 a.m. to 5 p.m. Closed Holidays. All business is conducted at Station 64.